Lost In India | Me, Myself and Allah 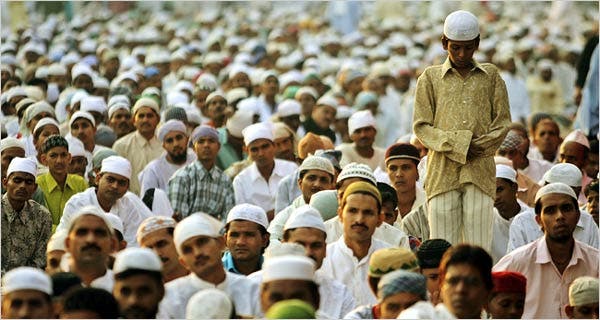 There are over 200 million Muslims living in India and I am one of them. But I don’t feel like one of them, already I’m referring to those who are my people as others, so why is it that I find myself lost in India?

I was not born in India, my family moved here in from the UK in 2011, I was aged 13 and my father moved his Halal Butchery business here. Strategically speaking with 200 million Muslims based in India, it was a very shrewd move to make.

Being a teenager that has experienced both side of religious belief in the UK and India there are clear dynamics with regards to acceptance within the cultures. it allowed me to think that in the UK I needed my religion I’ve inherited to be accepted rather than me as a person that walks in the same skin. In India it is quite the opposite where they embrace their religion more so and there is a seeming respect that each commit to their own with equal passion. Therefore, is who I am as a person in consequential if my religion alone is enough to meet the respect of people.

There is no question as to whether I abided to the laws of Islam, I have not and I have strayed beyond the teachings of my parents that do not know that I do more take part in prayer, that I have had alcohol and I have gambled both online and in casinos in the city centres and this is no cry of help. This was all about finding me, myself and Allah. I know that no answer is ever going to be found at the table of a poker game or from the spin of a roulette wheel, but to put myself in positions that were forbidden would allow me to understand the ultimate truth, am I being told through religious values lies or can you really find truths when confronting them.

As I age I realise the value in both, lies are no bad thing, if you were to look at the case of alcohol, for example, it is not something that will kill you, yet should Allah take judgement on me for my thirst then I’m unsure if he can grant me the peace I seek when I pass. The truth is also no bad thing, as would be too much of a good thing. Moderation is always key in everything, except for the values you place on yourself and other people.

Currently, I am content to just abide by the things that guide me in moderation to the goodness that is around me in India, the family is all important and yes, the business of my father’s butchery is doing well. Do I do things considered a bad in the Quran? Well, as I said, I live my life for moderated goodness, and this I have learnt is no bad thing, so yes and there is no better place to do it in my life at the moment, than here in India.